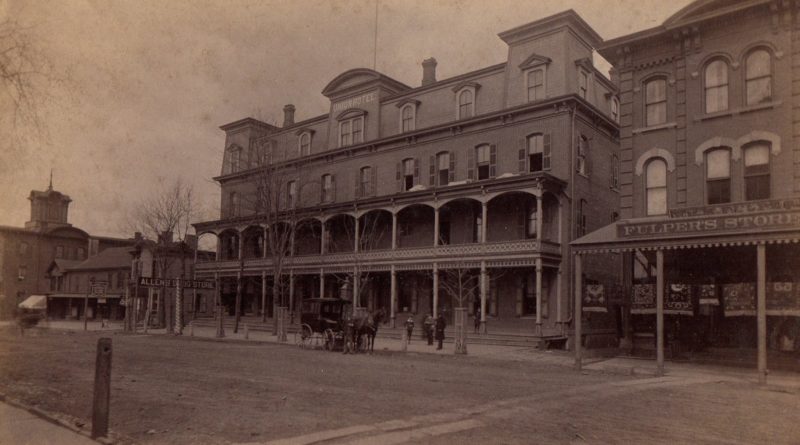 Join us in Flemington at the Hunterdon County Historical Society at noon Saturday, June 30 when the New Jersey chapter of the Society of Professional Journalists unveils a plaque commemorating the role of the Union Hotel as the hub of world-wide media coverage during the Lindbergh kidnapping trial in 1935.

The plaque commemorates the hotel’s role in housing an international press corps that converged on Flemington for the trial of Bruno Richard Hauptmann, who was tried and convicted for the kidnapping and murder of the infant son of aviator Charles Lindbergh. Reporters covering the trial included Arthur Brisbane, H.L. Mencken, Dorothy Parker, Damon Runyon, and Walter Winchell.

Other historic sites include The Pennsylvania Packet in Philadelphia, the first successful daily newspaper in the United States and first to publish the Declaration of Independence and the U. S. Constitution, Freedom’s Journal in New York City, the first Black newspaper published in the United States and the National Press Club in Washington, D.C.

The plaque will be unveiled at the Hunterdon Historical Society Library at 114 Main St. in Flemington. The Historical Society has agreed to take temporary custody of the plaque until the future of the Union Hotel becomes more clear.
All are welcome to attend this free event.