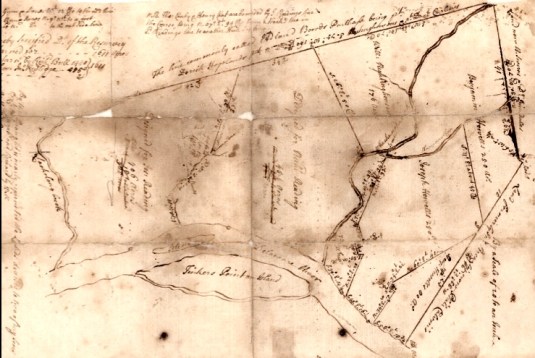 This week I am going back to the neighborhood of Rosemont to write about the 480+ acres at the southwest corner that was part of Mount Amwell, and set off to Richard Reading, the grandson of the original John Reading. It is quite a story, and I got some help from Egbert T. Bush with his article “The Wolverton Farm Near Stockton in Family Since 1799.” Please enjoy The Reading-Wolverton Farm (https://goodspeedhistories.com/the-reading-wolverton-farm/) There is much more to say about this property and its owners, as you might imagine, so there will be a part two coming along soon.

Along with this article, I am adding a family tree for the Quinby family (https://goodspeedhistories.com/quinby-family-tree/) .

Some Election History
This campaign season has put me in mind of the 1820s, when things were also very disrupted. The old men of the Revolutionary era and the War of 1812 seemed to have worn out their welcome. The Panic of 1819 ignited a lot of dissatisfaction with the Jeffersonian Republicans, and the great number of people who had moved west by that time were looking for a more open system. Two new political parties emerged in the election of 1824, National Republicans (the party of John Q. Adams) and Democratic Republicans (the party of Andrew Jackson). The presidential campaign of that year broke a lot of norms.

Good things can come of political turmoil. One of them was the creation of a new newspaper for Hunterdon County, called the Hunterdon Gazette. Its opening editorial dated March 24, 1825 declared that the paper would “support the interests of no political party, as a party, from a firm persuasion that the violence of party collision is frequently subversive of the best interests of the community.”

It seems as if our country goes through political upheavals periodically. There are always troubling consequences, but there are also positive effects, one of them being increased awareness of the importance of elections, of being reminded that leaving democratic decision-making to others is folly.