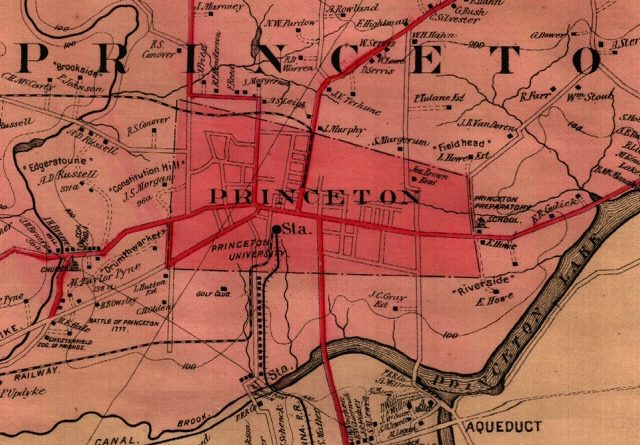 Map 67 is quaint, for lack of a better word. It shows the existing road network for both wagons and automobiles – a fairly new invention in 1905 – and the rails on which ran the trolleys serving Mercer County. According to the US Department of Transportation there were less than 78,000 registered vehicles in the United States in 1905. Good roads were a major issue and improvements were requested by many Americans. One of the wonderful features on the title block (Figure 1) is an image of one such early automobile. It would be great if I knew what model that was, but beyond the fact that it was a 4-seat model with no roof, I can’t say much other than… isn’t that neat?

It’s also noteworthy to see the Trenton & Pennington Trolley (Figure 2), and the “Macadamised” roads (colored red). No doubt these were major thoroughfares that brought Hunterdon County residents into a major metropolitan area. If one took the trolley from Pennington to its terminus, a short walk would bring you to the State House (see Figure 3), a significant landmark not just in New Jersey, but in the United States! Built in 1790, it is the third-oldest state house in continuous legislative use in the United States; only the Maryland State Capitol in Annapolis and the Virginia State Capitol in Richmond are older. If you were visiting during Fair season, the Interstate Fair Grounds would be a short train ride away into the suburbs in what is now Hamilton Township.

Opened by the Inter-State Fair Association in 1888, the 10-acre Fair Grounds were subsequently enlarged multiple times, adding exhibition buildings and a 100,000 person grand stand for a 1/2 mile track used for horse and, later, auto racing. The Society’s most recent newsletter includes and article by Janice Armstrong discussing a trophy from the 1909 Interstate Fair that is in the Society’s possession. Speaking with Janice, it looks like the Fairgrounds expanded to an extent that they included the land where “Grounds For Sculpture” is now situated, and several exhibit buildings (“Domestic Arts”, for example) are still standing.
“Trenton makes; the World takes” – look at the worsted mill, pottery, turbines, oil cloth & linoleum, and brick makers, rubber company, etc.. LOTS of manufacturing!

Many small Trenton cemeteries are shown. On a modern map (SSW of Greenwood) Holy Sepulchre and Our Lady of Lourdes are shown in this area. Were the smaller cemeteries merged into the larger, modern day ones? This got me looking at Hopewell (Figure 4). Curiously, neither the Hopewell Baptist House Cemetery on Main Street (final resting place of Signer John Hart) , nor the Stoutsburg African American Cemetery (final resting place of many of the area’s early African-American residents) are shown. The Baptist Church cemetery in Harbourton is also not shown (Figure 5). The lack of mapped cemeteries doesn’t appear to be a problem for Trenton but I suppose since this is a “Driving and Trolley Map…” it was less important to locate burial grounds in small towns. How were they to know that driving accidents would cause 35,000 to 40,000 deaths per year in 21st Century America and roads capable of supporting high speed traffic would not be limited to major cities?

Nothing remained of the “Frog War” between the Mercer & Somerset and the Delaware & Bound Brook railroads in 1876. Any remnant of the D&BB was removed within 10 years of the War. Although the exact location of the “frog” may be lost to history, it was certainly within the confines of the map, west of Hopewell. Undoubtedly some of the residents named on this map remembered the “War” and had some fascinating stories to tell.

Last comment. This cartographer might simply not be sufficiently detail-oriented to create this map and was more interested in Trenton than the rest of the County. Why would there be a misspelling of “Drumthwarkit” on Figure 6? Robyn Brenner of the Drumthwacket Foundation confirms the mansion never had a second “r” in its name. But “Edgerstoune” is spelled correctly! The many mansions are listed, but “Morven” isn’t shown. Perhaps because it is located within the Borough limits… Otherwise, that’s a curious oversight.