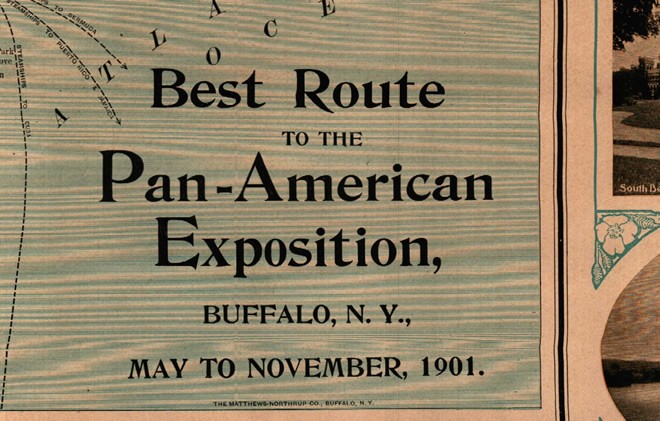 Map 31 continues the railroad theme, but is unconnected to the economy or the massive blood-letting of the American Civil War. Instead, it links to a single death, one that vaulted a young Theodore Roosevelt into the Presidency of the United States. How? Follow this. The map was essentially a sales pitch for the Lehigh Valley Railroad stating its trains were the “Best Route to the Pan-American Exposition” held in Buffalo in 1901 (Figure 1). Before the advent of commercial airlines and reliable automobiles, railroads were definitely the transportation “mode of choice” for Americans who could afford to travel. And why not, when it offered its comfortable “solid vestibule limited trains”? (As defined on Wikipedia: “A vestibuled train is a passenger train whose cars have enclosed vestibules at their ends, in contrast to the open platforms on early cars.

Typically, a vestibule has doorways on either side to allow passenger entry and egress at stations, a door into the body of the car, and, at the car end, a doorway to allow access to the next car through a flexible gangway connection”). The map was clearly intended to be a major advertisement for the LVRR, as Figure 2 is helpful in showing connections to the three largest American

cities. In the 1900 census, New York was, far and away, the largest consumer market, with 3,437,202 residents. Chicago (1,698,575 residents) was second and Philadelphia third (1,293,697). Noteworthy is the fact that no other American city held half the residents of Philadelphia! Greater New York had more than twice the residents of second place Chicago, so a handy insert showed the water and rail connections to the LVRR’s New York terminals (Figure 3). (Note that this was after Manhattan consumed Brooklyn – a major city in its own right, East Bronx, western Queens County, and Staten Island on January 1, 1898).

The map also includes reproduced photographs of the scenery you would enjoy on your way to Buffalo (Figure 4.1-4.4).

The train was accessible to Hunterdon County residents via connections to Flemington Junction from Clinton and points along the rail (Figure 5).

All well and good, but where is the connection to Theodore Roosevelt? TR opened the exposition in the spring of 1901 since President William McKinley, who had been scheduled to do the honors, had to cancel because of his wife’s illness. McKinley traveled to the exposition on September 5th, crossing the Triumphal Causeway and entering the fair grounds in an open carriage preceded by troops, military bands, and a mounted honor guard. He gave a major address on trade policy to a large crowd gathered on the Esplanade. Afterwards he toured the exhibits. On the 6th, the presidential party took a rail excursion to see Niagara Falls, returning for a reception in Buffalo. The president was greeting the public when an anarchist named Leon Czolgosz shot McKinley twice at point blank range. A week later the president died, making Theodore Roosevelt the youngest President in American history.