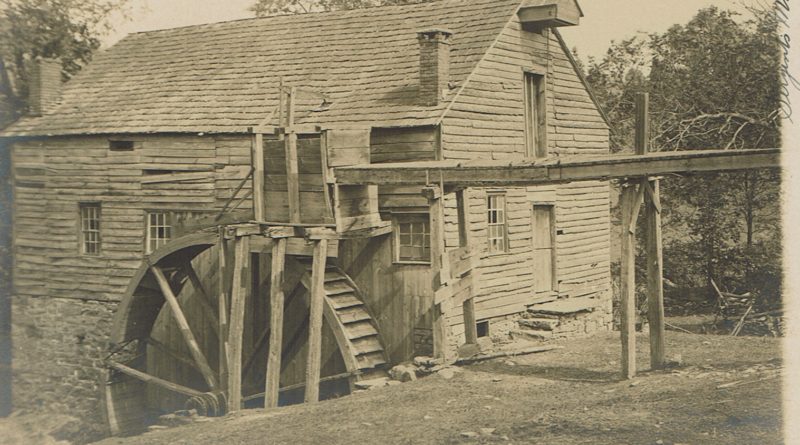 In a recent post on the life of John P. Rittenhouse, I mentioned that his parents, Samuel & Hannah Rittenhouse, lived near the covered bridge in Delaware Township. This reminded me of the interesting article written by Egbert T. Bush about the history of the area around Sergeant’s Mill, The mill once stood just east of the bridge, on a tributary of the Wickecheoke. It was taken down in the 1930s, but before that happened, it was well-photographed, and the pictures were frequently used in postcards. Shown above is just one of the many views of the old mill.

Whenever Mr. Bush wrote about a neighborhood, he named many of the people he remembered from his earliest days, as well as people who were spoken of by friends and neighbors. The list of people mentioned can get quite long, as is the case with this article—much too long for me to comment on them all.

My solution is to publish the first part of the Bush article today, with my comments on the earliest known settlement in this place. (All quotes are in italics; my comments are not.) It may take two or three more articles to cover all the rest of Mr. Bush’s very interesting history of Sergeant’s Mills. CLICK HERE for PART I