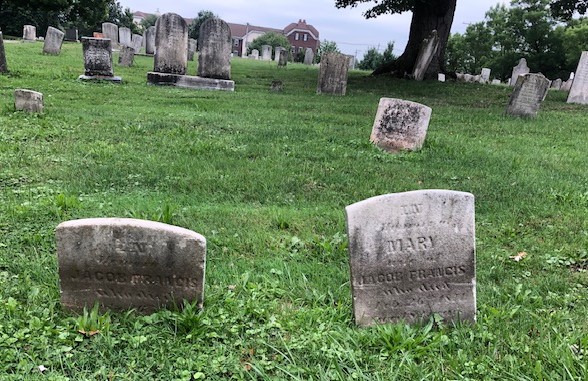 Join us on Thursday, February 25 at 7 p.m. for a fascinating online program with author and historian William ‘Larry’ Kidder on African-American patriot Jacob Francis.

This program — titled The Revolutionary World of a Free Black Man: Jacob Francis, 1754-1836 — is based upon his research for a book-length biography of Jacob Francis hopefully to be published by Knox Press in 2021. Francis’s life reveals an important story of New Jersey and American history that is little known – how people who were neither enslaved nor white experienced the American Revolution and the early Republic period.

The story of Jacob Francis and his family also helps us better understand our current diverse society.

This program will explore Francis’s life during the time of slavery and its abolition in New Jersey. Early in life, Francis was indentured out until the age of twenty-one. This was not enslavement, but not far from it. After a series of interesting circumstances, Francis ended his indenture in 1775 in Salem, Massachusetts after living there between 1768 and 1775 during the build-up to the Revolution. In late 1775, he enlisted in a Massachusetts Continental army regiment and fought in the siege of Boston, the New York campaign and the Battle of Trenton.

He not only dealt with problems of race during the war but also experienced the physical and mental hardships common to all soldiers. After his enlistment expired, he served in the Hunterdon County militia for the remainder of the war.

After the war he became a farmer and married an enslaved woman, who then became free, raising his family in Amwell Township and later Flemington. Struggling with discrimination and aware of their father’s commitment to fighting for the rights of all men, several of Francis’s children became very active in the abolition movement.
Kidder taught high school history for 40 years and has been a volunteer interpreter and historian for Howell Living History Farm in Hopewell for 30 years. He is a member of the Washington Crossing American Revolutionary War Round Table, the Association for Living History, Farm, and Agricultural Museums, and serves on the New Jersey Living History Advisory Council and the Crossroads of the American Revolution Advisory Council.

This program will be held on Zoom. SIGN UP HERE.

The program is free, but we kindly ask you to consider making a donation to our nonprofit organization to support any programming costs. Please use the donate link below to support us – and thank you!